Advanced Encryption Standard also known as AES is a block cipher aimed to protect information and is widely used for data encryption. The necessity of its developing arose in 1997 due to the fact that previously used Data Encryption Standard (DES) was starting to become vulnerable to brute-force attacks. The new encryption algorithm was intended to provide better defenses against different kinds of attack techniques as well as to easily implement in hardware and software.

After extensive analysis the Rijndael cipher was announced to be the algorithm for AES among the five chosen symmetric key algorithms in 2000. AES algorithm is more secure than previously used ones as it is stronger and uses longer key lengths.

From the day of announcement in 2000 there were a lot of researches into attacks on AES encryption. However, AES has proven to be a reliable cipher.

Nowadays, it is used in many protocols such as Secure Sockets Layer (SSL)/Transport Layer Security (TLS) and can be found in most modern cloud encryption software. Cause as we know that the cloud encryption is far from being great and if we want our sensitive data to be protected from unwanted access, we need to provide additional cloud data encryption.

Here is the solution for data stored in a cloud 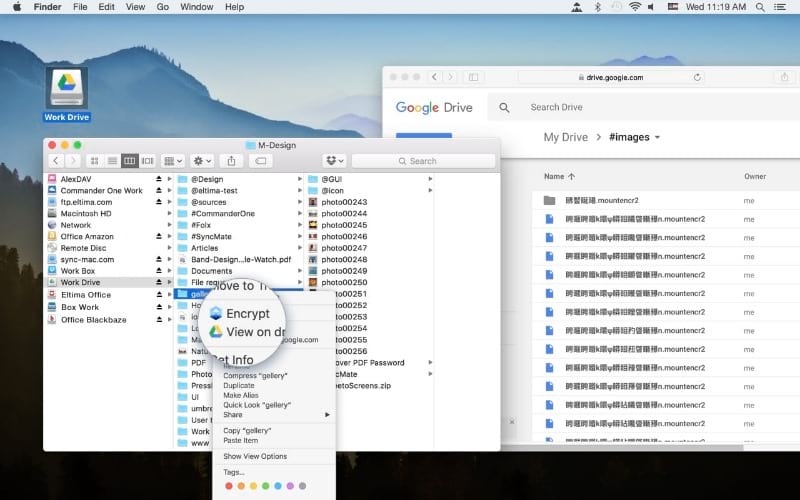 With the help of CloudMounter, developed by Eltima, you will not bother any longer about the question of additional cloud storage encryption. The app uses the Advanced Encryption Standard (AES) with a 256-bit key length, so that only people who know the decryption key can read and manage the data.

CloudMounter allows to mount multiple cloud storages and web servers on your computer. So from now on Dropbox encryption, Google Drive encryption, OneDrive encryption will be done seamlessly and with no effort due to CloudMounter and you can absolutely be sure that all your information stored there is protected and secure. With this solution you will save the space because it does not force you to duplicate data on the cloud and on the local computer.