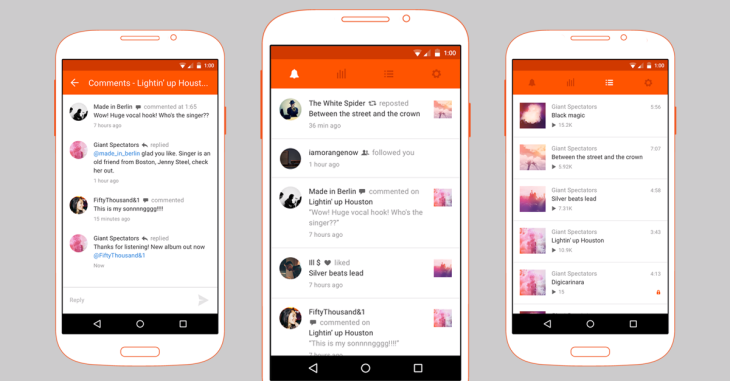 SoundCloud is an online audio distribution platform headquartered in Germany that allows independent artists to upload and share their work with other SoundCloud members as well as with everyone else on the internet.

Artists such as XXXTentacion, Lil Peep, Smokepurpp, and Lil Pump, just to name a few, all own their careers to SoundCloud. You can access SoundCloud from the web, but you can also download its app to your iOS or Android device and listen to creators from around the world regardless of where you are.

Free Music Archive is a massive library full of MP3 music downloads. The site is directed by WFMU, an independent community radio station headquartered in New Jersey. All songs on FMA, as Free Music Archive, is often called, have been pre-cleared for certain types of uses that would otherwise be prohibited by copyright laws. This makes FMA an excellent resource for educators, filmmakers, event organizers, and other musicians.

If you’re a musician yourself and would like to make your work available to others, you can upload it on FMA yourself, as long as you agree to its rules. FMA's extensive free MP3 music download library is also accessible via iOS and Android devices. With FMA’s mobile app, you can browse by genres, share music and playlists over social media, download your queued songs to the app and save them for offline listening, and more. Just like the service itself, the mobile app is also completely free, and WFMU works tirelessly on improving it.

Bandcamp is a massive global music community where artists can present their work and connect with fans from around the world. Bandcamp is also one of the most popular music download sites in the world, with an outstanding Alexa rank of around 500.

Artists can set up their unique Bandcamp profiles, offer their music for sale, announce tours, communicate with fans, and more. Fans, on the other hand, can save individual songs or entire albums to a wish list, donate to their favorite artists, and easily discover new music with the help of extensive search filters and personalized recommendations.

Just like many other free music download sites, Bandcamp has its own mobile app, giving you instant, unlimited streaming access to your Bandcamp purchases. The app has an outstanding rating of 4.8 out of 5 stars on the App Store and similarly great rating on Google’s Play Store.

Soulseek is a free file sharing network for Windows, Linux, and Mac. It was first released in 1999, and its key features include extensive search capabilities, single-source downloads, file transfer monitoring, and chat rooms, which allow Soulseek users with similar interests to connect and share content.

If you’re at least marginally familiar with the file-sharing scene, you might be wondering what makes Soulseek so good for downloading music considering that none of the above-mentioned features is truly groundbreaking.

Well there’s one feature we haven’t mention yet that Soulseek users can’t get enough of: the option to download containing folder. In practice, a Soulseek user who wants to share an album with others can simply place the entire album in a single folder on the host PC, and the whole folder can then be downloaded using a single command. 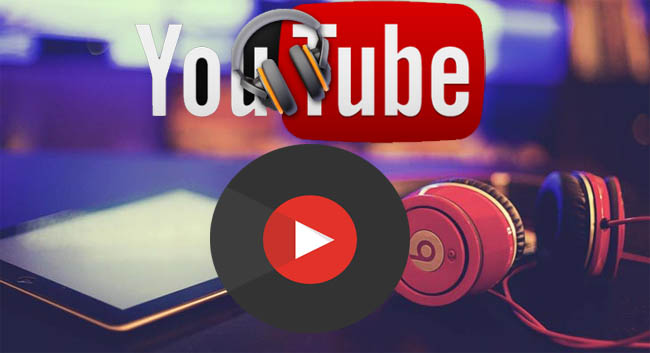 Ever since artists started uploading their work on YouTube, people have been using the site to listen to music for free. YouTube is well aware of this trend, and it even released a mobile app that provides a tailored interface for the service oriented towards music streaming, called YouTube Music. Like other music streaming services, YouTube Music lets you download songs for offline playback and listen to them in the background.

However, YouTube Music isn’t strictly a free MP3 music download site because a premium subscription is needed to enable most important features, including ad-free playback, audio-only background playback, and downloading songs for offline playback. Without these features, YouTube Music is much less attractive than competing best music streaming services, including YouTube itself.

In fact, YouTube is actually a great option for music streaming, but you need to know how to make the most out of the site. For example, you can download a web browser addon such as Youtube Audio to disable video on YouTube so you can save battery and bandwidth when listening to songs. There are also various third-party sites that make it possible to download YouTube songs for offline playback, including y2mate. Just be aware that many of these sites are against YouTube’s terms of service, and some may even be illegal in certain jurisdictions.

Slider.kz is an underground Russian music searcher that rivals some of the best music streaming services in the world when it comes to both content quantity and content quality. The site is as simple as it can be, featuring a prominent search bar with the option to search by genres. The real magic becomes visible only after you type something into the search bar and hit enter. Slider.kz quickly compiles a long list of search results, never failing to amaze with its accuracy.

Each song Slider.kz finds is properly named and is available in the highest audio quality possible, which is usually 320 kbps. Slider.kz also lets you search by albums and listen to music directly from the site. Some text on the site is in Russian, but you should be able to easily translate it to English or any other language with the help of Google Translate or another similar translator. Nobody knows how long Slider.kz will remain online as it’s one of those free MP3 music download sites that could disappear at any given time without a word from its owners.

Bee MP3 is one of the oldest download music free online sites. The site is dedicated to cataloging music that has been officially published online by its authors. As of now, the top 20 artists on Bee MP3 include big names such as Adele, 50 Cent, Justin Bieber, Sia, Eminem, Rihanna, Taylor Swift, Coldplay, or Jenifer Lopez, just to name a few.

Just like Slider.kz, Bee MP3 doesn’t host any MP3 files. The site is simply a special search engine that indexes all the brand new and popular songs, adding over 10,000 files every single day. Because not all artists want their music to be index by Bee MP3, songs sometimes disappear from the site after a DMCA notice, but that’s a small price to pay for access to such an astonishing collection for music.

My Promo Sound is a free MP3 music download blog that specializes in electronic music. As its name suggests, the site is geared toward promoters and event organizers, offering complete playlists from professional and amateur DJs alike.

Let’s say you want to host your own event, but your budget doesn’t allow you to hire a professional DJ to take care of the music. With My Promo Sound, you can simply grab a suitable playlist, and take care of the entertainment at your event yourself. My Promo Sound is supported by donations and ad-revenue, and it’s one of only a few sites on this list that accepts Bitcoin donations, allowing you to put your cryptocurrency funds to good use. 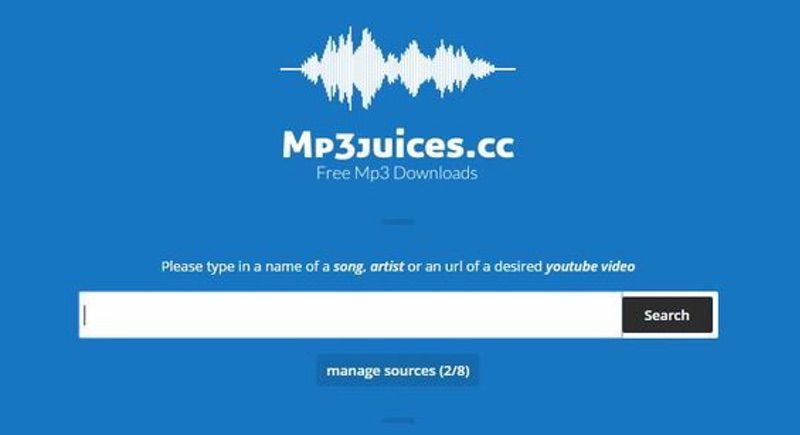 MP3Juices is yet another popular music search engine that deserves a place on this list of the best music download sites. MP3Juices pools results from a number of different sources on the internet. The site doesn’t host any files, which is why you might get one set of search results today and a completely different one a month later. What separates MP3Juices from other similar sites is the option to manage music sources. If you know that one site has the music you’d like to download in a very low quality, you can tell MP3Juices not to search it with a simple click of a button.

The last MP3 search engine on this list of top 10 ways how to download music for free online is MP3 Monkey. This MP3 search engine is unique because it’s mobile friendly and optimized to consume as little bandwidth as possible. Search results load nearly instantly, and you can download as many songs per day as you want. Unfortunately, MP3 Monkey leaves something to be desired when it comes to the number of songs it’s able to find, but that’s something that may improve in the future.

There are plenty of websites that offer free music for download; however, not all of them are legal.

To fetch the best content from your favorite music download website and listen to it whenever you want you need a good music downloader and audio player. You may think that you need 2 separate tools, but fortunately Elmedia comprises all these features.