Commander One 2 is here! Meet the advanced file manager for macOS! 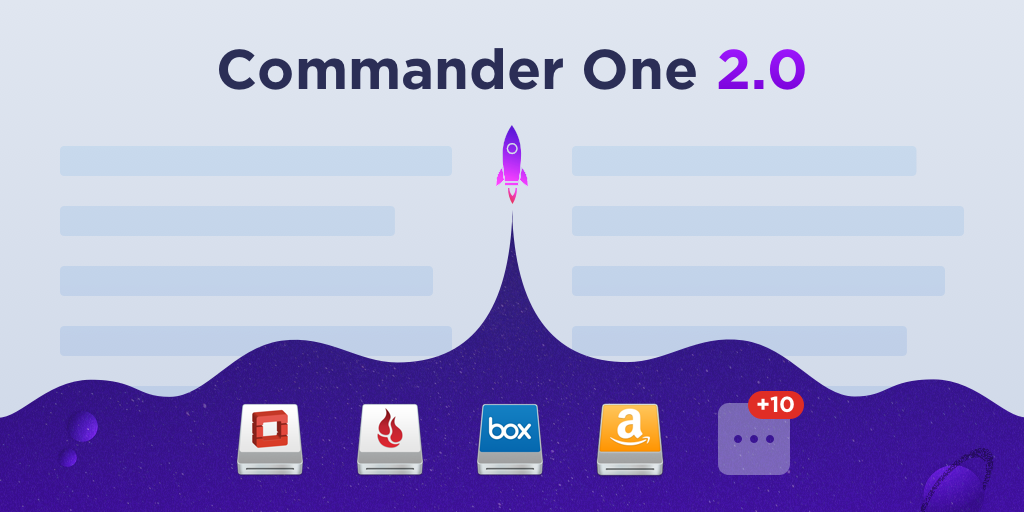 A lot’s changed since the first release of Commander One and we are proud that every year the amount of active users is constantly rising. For all those who’ve been missing a famous dual-panel file manager for Windows PC, we tried to keep the best of what the classic solution offered, and did it with all the affection to macOS users.

There are different reasons why people choose our file manager: someone searched for Total Commander for Mac, someone for native Finder alternative, others wanted to get the stable Android file transfer software, or looked for a reliable FTP client for macOS. And this list could be longer thanks to a lot of Commander One features that make this application an advanced tool for file management and document sharing between Mac, clouds and mobile gadgets.

We appreciate your choice and our developers prepared even more features and improvements for Commander One v2.0 for faster, more stable and simply better experience on macOS. So, let’s see what we can offer with this major update:

Lots of other minor fixes and improvements (thank you for your continued feedback!).

Hope you will enjoy Commander One 2 and find something special that would make your work on Mac more efficient, doesn’t matter if you use our file manager as an Archiver for Mac, Terminal emulator, Cloud manager or provide another scenario with our multitool-manager.

We are open to any question or suggestion concerning Commander One and, as always, will appreciate your feedback at support@eltima.com.

Also, subscribe to our social networks to stay tuned to the Commander One latest news.