How to record video on Mac. Tips and tricks

How to record a video on a Mac computer? Which video recording software to use? And the most important reasons for recording a video. Very often there is a situation when you need to record a training video or a special video lesson from the desktop computer on Mac OS or you just want to record video from the screen and, for example, put it on your channel on YouTube or just save it as a memo. When you surf the Internet querying “How to record screen on Mac?” or “What is the best screen recording software?”, you will get a lot of results.

In this article, we will try to sort out this issue in detail and describe everything in the smallest detail. The first option is to go to AppStore and search for Mac apps to record video, which in the AppStore is vast, but this option has a big minus, as, for instance, such programs usually cost a lot of money, and as for free programs for recording video from the screen, well they have reduced functionality or simply add watermarks with the name of the program or manufacturer on the video. So as you see, in every way force you to purchase a paid version. Therefore, we will look at the second option in detail, namely, recording video from the screen using the existing OS X built-in programs. Because if you look closely, it becomes clear that you don’t need to go far. All the necessary software is already on your computer and such question as How to record a video on Mac should not cause you a heart attack.

How to record video on a Mac via built-in apps

How to record a video on a Mac via QuickTime Player

The macOS operating system has a large number of native programs. And some of them provide a user with much more opportunities than it seems at first glance. The function of recording the screen in the QuickTime Player video player appeared on the Mac with the release of OS X Lion Apple. So how do you capture video on Mac? Using QuickTime Player it is quite simple:


As you can see, the process of recording video from a Mac screen using the built-in Mac OS app is quite simple and will be understandable even to a novice user. However, this recording method has some limitations:

How to record a video of yourself on a Mac

Wondering how to make a video on MacBook Air or any other Mac with the help of built-in camera? Perhaps you want to record a special moment as a movie, record a video, record a movie for social networks or for any other purposes. Whatever the reason, you can easily record video on a Mac using the FaceTime front camera and the built-in application. Follow the guide below and you will know how to record video on Mac with external camera:


Note: The resolution of recorded movies depends on the Mac model, as each Mac has a different camera for a FaceTime webcam with a different resolution, but usually you can expect somewhere between 480p and 720p for most Mac webcam recordings.

How to record your screen on Mac OS Mojave

With the release of Mac OS Mojave, Apple developers have equipped the standard screen capture application Screenshot with the ability to capture video from a Mac screen. With the help of new tools, the process of capturing video from the screen will become even easier. The function does not involve the use of QuickTime Player, so how to record video on Mac screen? 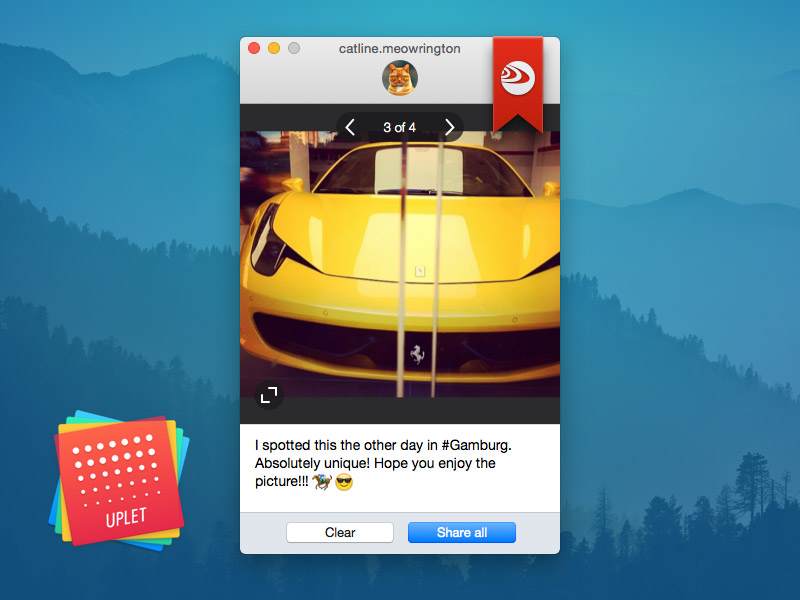 Whatever the reason for recording the video of yourself or your screen on Mac, you can easily share it via QuickTime Player to different social networks (YouTube, Flickr, Facebook, Vimeo). However, what to do if you want to upload the video to your Instagram account directly from your Mac? As you already know the answer to such question as “How to record video on MacBook or any Mac computer?” and as you can see there is nothing difficult, to upload the recorded video to Instagram is also quite easy and can be done within a couple of clicks thanks to Uplet - a minimalistic app that allows uploading multiple videos and photos directly from your Mac.

We hope the article was useful for you and you have learned how to record your screen on Mac as well as how to record a video of yourself on a Mac. And as you can see, it is quite simple ‘cause the native apps have enough functionality for a normal recording.