Transfer files from Mac to Lenovo smartphone and back

Slowly yet surely Chinese smartphone manufacturers are making their presence felt on the international market. Lenovo launched their first smartphones in Mainland China in 2012 to gain the largest share in the market two years later. Lenovo devices are becoming increasingly popular outside China too, and the company’s newest Zuk Edge unveiled in December last year got a lot of positive reviews worldwide.

If you are thinking of purchasing Zuk Edge or already own one, you need to figure out how to connect Android to Mac first. Yes, Zuk Edge runs Android Nougat, so it might take a bit of effort to make Mac OS X Lenovo talk to each other. But don’t worry much – using Android phone with Mac is not as difficult as it seems to be, if you have the right kind of software.

Best apps that enable you to transfer files from Android to Mac:

Google’s native tool allows you to do Android to Mac photo transfer, as well as video and other files transfer. However the app’s functionality doesn’t extend beyond that.

This app has a lot more to offer. Apart from enabling Lenovo Mac interaction in an easy way, it also allows you to read Lenovo phone on Mac, i.e. view the content of your mobile device on your Mac. You can actually mount your phone on Mac in such a way that it appears to be an additional hard drive on your computer and playback media files stored on the phone directly from the app’s window. Convenient dual pane interface allows you to easily drag-and-drop files – macOS Lenovo and back, the application queues such operations so your computer never slows down. 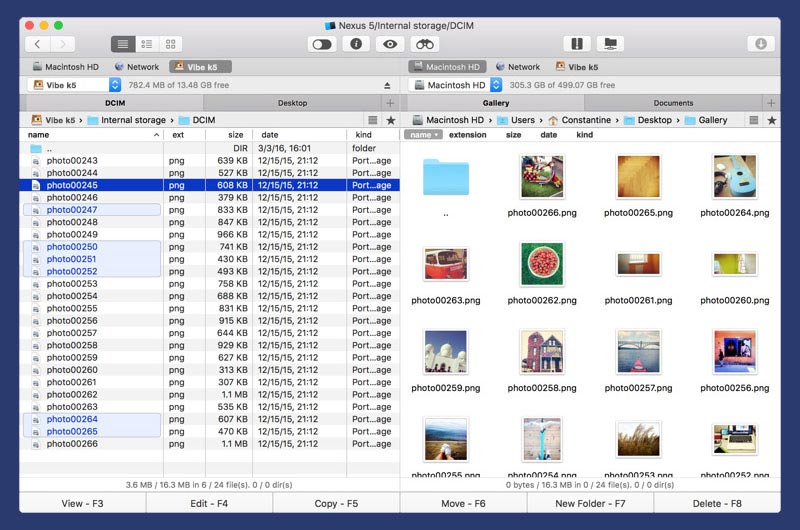 In a way similar to Lenovo Mac OS X you can mount on other MTP devices, cloud storage services (Dropbox, OneDrive, Amazon S3, etc.) and remote web-servers (via FTP/ SFTP/ FTPS and WebDAV protocols) on your machine. Being a file management solution, Commander One supports compressing and extracting archived content, searching for particular files and folders, etc.

There is a lot to the software, make sure to use it not only for Android phone Mac interaction, but also for organizing and managing your Mac’s content.