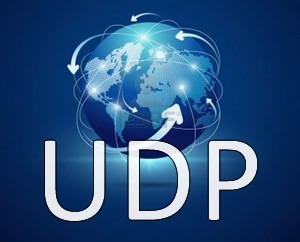 What are TCP and UDP

The User Datagram Protocol (UDP) delivers a faster stream of data by cutting out the error-checking process. It is an alternative to TCP protocol. The latter offers apps a way to send and receive an ordered and error-checked stream of data packets over the network. Both TCP and UDP are built on top of IP (Internet protocol) and can be called UDP/IP or TCP/IP in some cases. Both of the protocols send short packets of data, in both cases packets via TCP or UDP are sent to an IP address.

Similarities and differences between
UDP and TCP

TCP is widely used and highly popular thanks to breaking large data streams into smaller packets, checking for the omitted packets, resending them and reassembling packets into the correct order. TCP is rather reliable — sent packets are tracked to ensure there is no data loss or corruption.

Contrary to TCP, UDP just keeps sending data packets without any error-checking. The sender is not trying to make sure the recipient got the packet — it is sending the next packets. And if the recipient missed some packets in the process - they are lost - sender won't reattempt. Devices can communicate more quickly this way.

How to benefit with UDP connection

UDP offers two services not present in the IP layer: port numbers for easier identification of different user requests and an optional checksum to verify the data was fully received.

UDP connection is used when faster speed is needed and having some errors is not that critical. The examples are live broadcasts, online games, voice and video communications.

Another scenario of using UDP is in programs that require lossless data transmission when the program is set up to manage retransmission of lost packets and arrange received packets properly.

What software to use for remote data transmit via UDP

With a special software solution you can make a serial port device accessible over network to many computers in multiple remote locations via UDP ensuring fast and efficient transmission of data packets to remote machines and back. Or application and device or application and application can communicate via UDP no matter how far away from each other they are. These scenarios are possible with Serial to Ethernet Connector software that offers flexible advanced settings for sending and receiving packets in orderly manner via User Datagram Protocol.