Olga Weis Dec 11, 2019
Network programming is an increasingly important facet of software application development. In the dark past of computer programming, applications ran on solitary machines that were cut off from any outside interaction. Your program only had to display on a dedicated monitor, most likely exclusively in text. There was no need to connect to any other machine or installation.

Those days are long gone and network programming is a key to the success of many applications. The ability to attach devices and run applications across many different networks in a seamless manner is what keeps things like your social media feeds current. Computer network technology forms the foundation of the infrastructures that make our modern world possible. The network software in computer networks takes on the role of the building blocks of that foundation.

There are many different implementations of networks that serve various purposes for industry and society. Industrial production facilities employ automation and communication networks. Large corporations may have private networks that span the globe, securely transmitting data to thousands of users at the same time. Even small offices often have a LAN or WAN implemented so data and electronic resources can be shared. Of course, there is also that ever-present network that we all rely on called the Internet.

Networks have become more complicated as they have evolved, and there are numerous protocols and devices that must be considered when building an application. Navigating these complexities is no trivial matter for the untrained software developer. Many apps would be useless without robust network connectivity, as their purpose is to share data with other, remote users. Devices such as tablet and laptop computers, while still valuable, would be of much less importance if they could not be reliably connected to networks.

While you may take your ever-present network connectivity for granted, it comes from the hard work and accumulated knowledge gathered over the course of many years by numerous programmers. The ability to understand the way the interconnected parts of a networked application or device work together with the network itself is vital in its successful development.

One common factor in all applications and devices that take advantage of a network is the need for a highly-skilled network programmer to be involved in the design, development, and implementation of the product. The network interface of your device or application is a critical component and may require specialized programming skills or experience not readily available on your current development team.

Rather than risk the outcome of your project by delving into areas that your team is not familiar with, you need to employ some dedicated network programming experts. There is a team out there that is a perfect choice to help you with your network programming issues.

Electronic Team’s team of expert network programmers have been successfully implementing networked solutions for over 15 years. They have developed many of their own products that take advantage of their advanced knowledge of networking technology. They can also incorporate their port virtualization technology into your existing application or product. 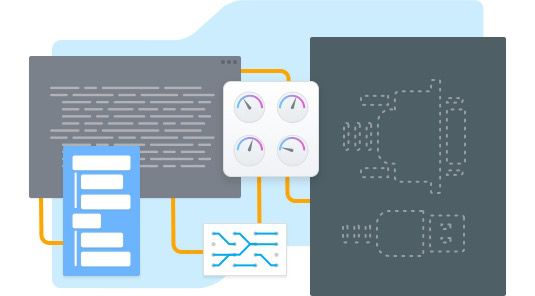 
These are mature, commercial products that demonstrate the depth and breadth of the networking programming skill of Electronic Team’s engineers. They are experts at what they do and can bring this expertise to your project.

In addition to their own application and utilities, Electronic Team has integrated their technology into solutions for thousands of clients worldwide. The addition of cutting-edge networking technology can give your product a real edge when stacked up against its competition.

When faced with a development problem with your network application, consider calling on the Linux network programming expertise available at Electronic Team. They can help design and implement solutions on any popular operating system or platform. Technical experts at Electronic Team can be called on to assist with network programming in C, as well as other popular programming languages, so can easily mesh with your development team.

Please, fill out the form and provide as much details as possible.

One of our experts will be in touch within 1 business day to discuss your project.

Questions to Electronic Team?
Call us: +1 202 335 8465
E-mail: sales@electronic.us
Success! Your message has been sent. Send another request
Please, fill out the form and provide as much details as possible.

One of our experts will be in touch within 1 business day to discuss your project.